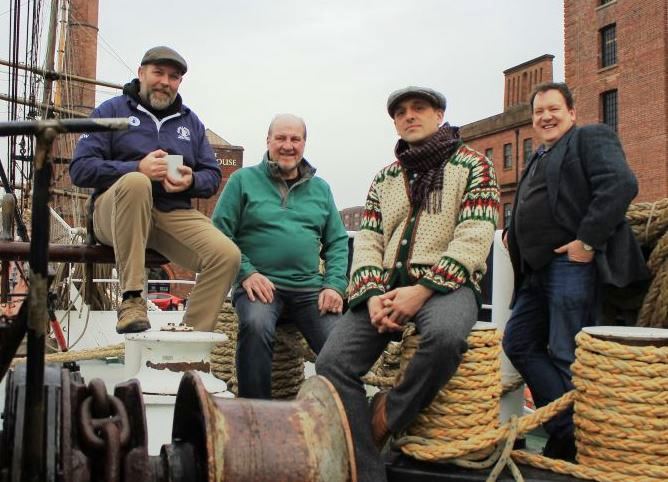 Audiences everywhere, rave over the harmonies of Kimber’s Men. They have appeared at Festivals in Ostende, Appingedam, Portmagee, Portsoy, Fano in Denmark, and all over the UK. Featured twice on Sunday brunch for Channel 4 ,they also starred in the BBC2 and BBC4 production of Sea Songs, with Gareth Malone; the latter being the most viewed programme of the year, on BBC 4.

Kimber’s Men possess probably the finest bass singer on the British folk scene today, in John Bromley. John has been singing folk songs since he was sixteen and has sung in several folk bands and is a solo artist. John plays guitar, whistle and bodhran.

Neil Kimber has been performing and singing since the late sixties and has a massive repertoire of songs at his disposal, he plays guitar and is the only real sailor amongst us. Neil and Ros Kimber composed the wonderful song ‘Don’t Take The Heroes’, which is now being sung by many shanty bands all over the world, and describes the aftermath of the Penlee lifeboat disaster.’

Kimber’s men are lucky to have long standing member Gareth Scott. He has a powerful and bluesy voice and is an accomplished guitarist, bringing another dimension to the sound they produce. Not forgetting Steve Smith our recent stowaway, who, as sound engineer and multi-instrumentalist, completes the group with his high harmonies.

Expect to laugh, sing and be generally entertained.